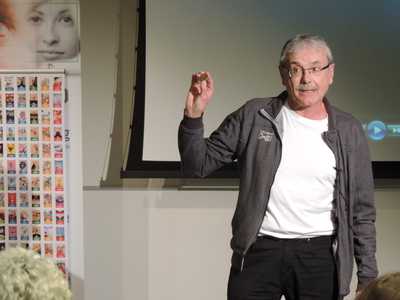 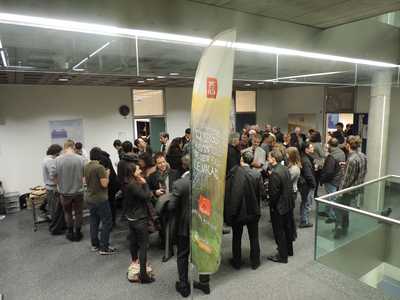 On Monday January 19th 2015, the Idiap Research Institute, together with its partners, officially kicked off its star-project “Valais*Wallis Digital”.  After 2 years of intensive work, Valais*Wallis Digital, which aims at celebrating the bicentenary of Valais’ entry into the Swiss Confederation in 2015, wants to motivate the population to get out their memories in relation to the « old country », to digitize and to share them on the platform or the mobile application especially developed for the project.

In the presence of the State Councilor Maurice Tornay, the Director of Migros Valais, Max Alter, the Head of the Office for Culture, Jacques Cordonier, as well as the President of the Valaisan delegation to the Loterie Romande, Jean-Maurice Tornay, the website www.valais-wallis-digital.ch has been unveiled in front of an assembly of about 70 people.  A historical card game, nicely illustrated by young artists of the EPAC school of Saxon and distributed for free by Migros Valais in April 2015, will serve as support and trigger element for the depositing of archive documents by individuals, families and associations. 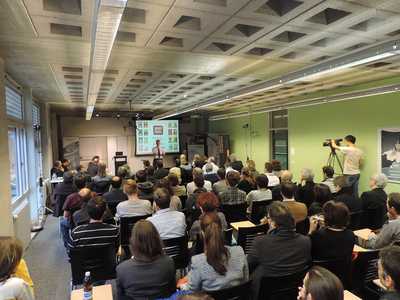 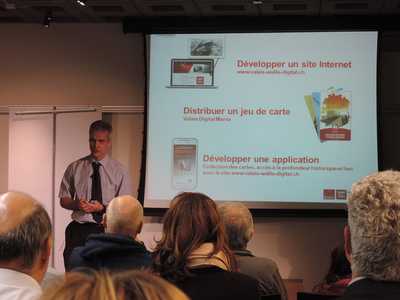